The Asia-Pacific region continued to attract strong interest from the venture capital (VC) investors in 2021, as the region saw the announcement of a record 5,685 deals (with disclosed deal value) during the year compared to 3,949 in 2020. Meanwhile, the number of deals valued more than US$100m witnessed more than a double-fold jump, reveals GlobalData, a leading data and analytics company.

An analysis of GlobalData’s Financial Deals Database reveals that low value deals dominated the VC investment landscape with 57.2% share in the overall investment volume. However, this is a decline from 63.3% in 2020 though volume of these deals registered a year-on-year growth of 30.1%.

Aurojyoti Bose, Lead Analyst at GlobalData, comments: “The setback of 2020 in investor sentiments seemed to have recovered remarkably well with improving market conditions in most of the key markets in the region. Notably, China, the region’s top market, attracted majority of these big-ticket deals and no wonder Chinese startups raised more than US$104.4bn VC funding in 2021.” 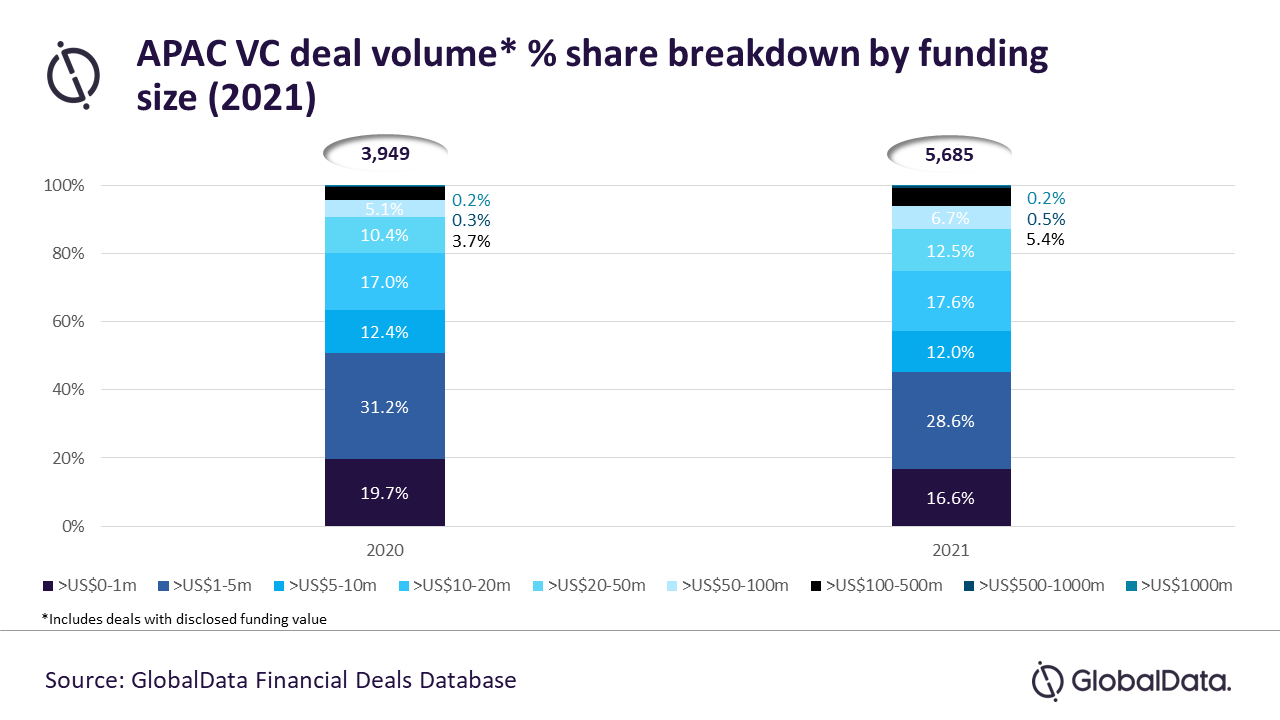 Against the backdrop of improved activity in these key markets, deals volume across all funding sizes also witnessed growth in 2021 compared to the previous year. Notably, the number of VC deals valued more than US$1bn increased from six in 2020 to nine in 2021.